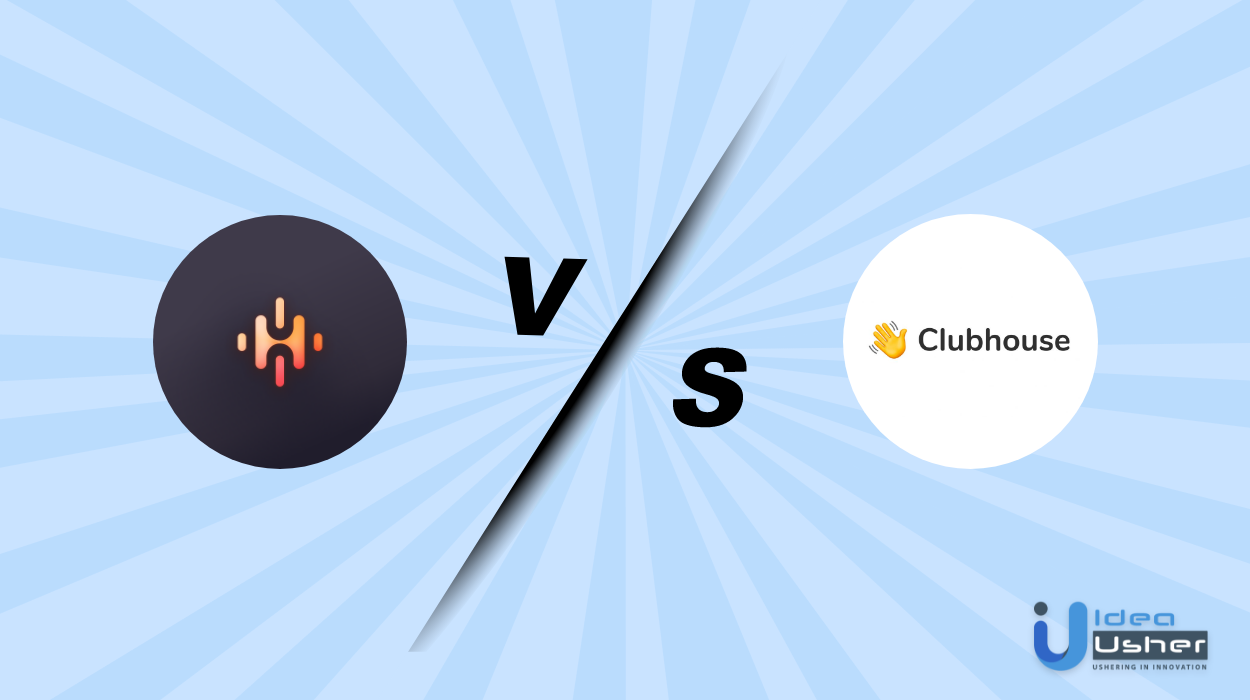 Recently Facebook is testing the Hotline app to rival the infamous Clubhouse App. Let’s be honest everyone around us is talking about the Clubhouse App. Even our favorite celebrities like Drake, Oprah Winfrey and many more are going all crazy over this app.

Well still if you are someone who hasn’t heard about the Clubhouse and is having a major FOMO then you need not to worry. Idea Usher experts are here to tell you everything you need to know about this app and its new rival- the Hotline app.

What is the Clubhouse App? And What’s the Hype Around it all About?

Clubhouse is an audio-based, invitation-only, social networking platform for both Android and iOS based users. The users can communicate with thousands of other users via voice chat rooms.

First introduced on iOS by Paul Davinson and Rohan Seth of Alpha Exploration in March 2020, the beta version of Clubhouse was introduced on Android in May 2021.

The app gained a lot of popularity during the Covid-19 pandemic. It has over more than 10 million weekly users. Furthermore, Clubhouse also claims that there are more than 300,000 chat rooms created on Clubhouse per day. These numbers speak for themselves. After all this, one must be wondering what this hype is all about?

What Makes the App So Special?

The app witnessed significant growth in its popularity when celebrities like Elon Musk and Mark Zuckerberg appeared on it. Similarly, the app gained massive popularity in Germany when German podcast hosts Philipp Klöckner and Philipp Gloeckler started an invitation chain on Telegram. The invitation chain brought in many German journalists, politicians, etc on the app.

All these factors contributed to the massive popularity of the Clubhouse app.

After closing the new series C round of financing and funding, Clubhouse is reportedly valued at 4 billion USD. Andrew Chen of venture capital firm Andreessen Horowitz led this new round of funding.

Due to its massive popularity many companies such as Facebook (Hotline app), Spotify ,Discord and even Twitter are testing apps and their versions of audio based chat rooms to directly compete with the Clubhouse.

Chat Rooms in the Clubhouse App

Top 10 Features of the Clubhouse App

Let us discuss some of the top features of the Clubhouse app.

All these attributes have played a vital role in the growing popularity of the Clubhouse app. Apart from all these features, the rigid privacy and moderation policy makes sure that the user data is safe and secure.

However the app is still in development mode, thus we witness new features regularly. Furthermore, Clubhouse is also planning to launch a complete version on Android soon.

All You Need to Know About Facebook’s Hotline App

After witnessing the popularity of Clubhouse, Facebook, like many other companies, is also trying to launch an app to rival the Clubhouse app. Facebook is testing the Hotline App which aims at bringing together the top features of Instagram Live and the Clubhouse app.

There are many features in the Hotline app which are similar to the Clubhouse app. For example,

To sum it all up, the Hotline is more or less similar to the Clubhouse and similar audio-based apps like Twitter Spaces. Facebook is planning to add many other features in the app as the app is still in the test phase.

Now to answer the big question, which is better- the Clubhouse app or the Hotline app? Well honestly both the apps aim at providing a highly interactive, audio-based, live platform to the users all over the world. Additionally, the other important goal of these apps is to help people learn from the experts about professional skills in a fun and interactive manner.

However, both the apps are still in their very early stages. So it is very difficult to compare them both on the basis of other factors. To wrap it all up, both the apps are of the same niche, aiming at a similar audience. Henceforth, it will be very interesting to see how these apps will unfold their new features in the coming days.