Creating game design document tips: How To Get Started? 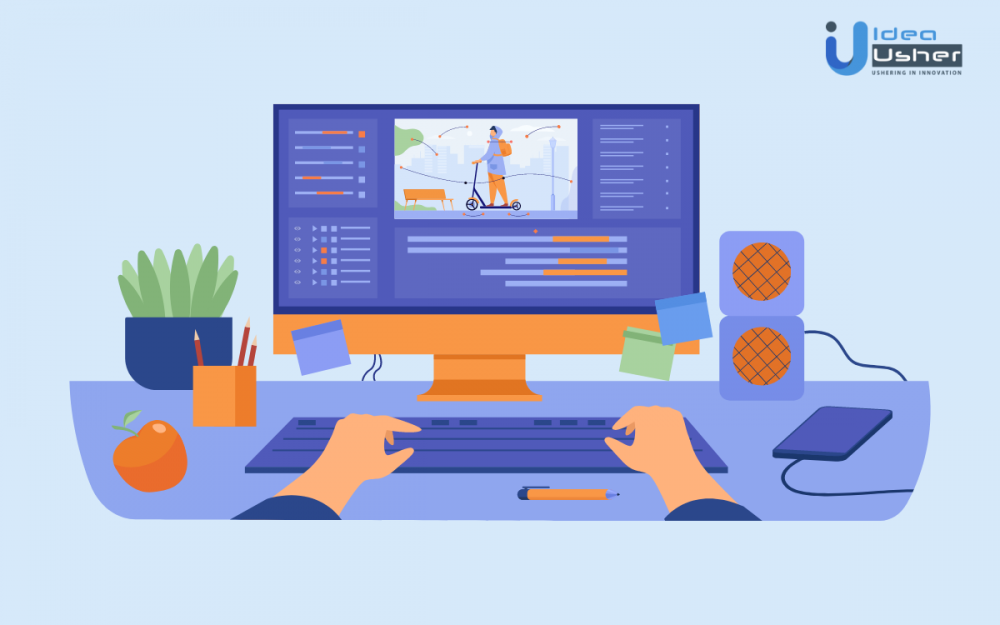 A gaming app requires a lot of time because there is a significant investment as the entrepreneurs and Tech companies have to create something high. Creating game design document tips helps the developer to understand their game design and whatever should be included from the final touch.

When anyone plays a game on your mobile or even on their PC, they are ultimately looking at the end product. The end product is something exciting and a distraction-free experience. This is only possible when the developers are finding enough time to invest and write down the document’s points. To create a successful game, you need to ensure that the user has a good experience. It can support the creator and their goals and finally launch a good game in the market.

If you are new in the world of game development, then there are a few things you have to understand. Game development is an extensive process. There are a lot of things which go into a game to be developed. Right from scratch, there is the character development, and at the same time the gaming graphics have to be understood. The demographics of something which helps the users to find the ultimate experience they have wished for.

This is really important for creating game design document tips for the developers to make their job easy.

What Is Creating a Game Design Document?

A game design document is also known as gdd. It is a highly detailed document that every game owner should have. The game owners create this kind of document to share their information and their vision for the game.

For example, if a new game is being launched in the market, the developers have to develop an idea of what the game should be like. All the sources and information are laid out in the given document.

It is a document which is shared with their teams and members to understand the progress. gdd is often made subject to many changes and requests/updates that can be utilized in the game.

As an entrepreneur, you want you again to have the right kind of document. The game developers rely on smooth collaboration and the working of the experts through the project. It is essential to have a smooth gdd and create game design tips documents with minimal flaws.

Game design is a complex project. It requires a lot of work and a lot of understanding of how the game should work.

When you take a complex project like designing a new game right from scratch, then there are well-defined road maps, you have to add in the document. Your game design document consists of all the ideas and what goes inside the head of the developers while building the game.

It is a way of helping people understand what goes on

the document that shows that everyone should understand what the game is all about and how to achieve the desired results. A lot of developers don’t have much experience in knowing when they are first starting to develop.

This is why creating game design document tips becomes more comfortable for them. With a perfect view of what goes on. of every professional game development specialist, and then they will say otherwise.

Your development team weaves the document, and they understand what should be a substantial or creative choice. At the later stages, you can know that reviewing your game is a much more important process. The document consists of the pointers and what should be included inside your game.

Gdd helps and can avoid many possibilities and problems, confusions that can be resolved to catastrophic delays in the development process.

Take, for example, the cyberpunk game.

The game design document  of cyberpunk was developed back in 2017. The process was later delayed by the team because there were a lot of loopholes associated in the game. If a game has a lot of discontinuation or processing problems, then the final result can be terrific(in a wrong way).

This is why creating game design document tips is essential to have a successful collaborative process. Hence as an entrepreneur, you must insist on Creating your game development document sooner than later. If necessary, you can always ask your technical team to make the document for yourself.

Creating Game Design Document Tips: How To Write One?

Before you sit down and start on writing how your game should be like, here is how you can prepare the document.

There are some unique waste concepts and characters as well as things that should be included in the GD. It helps you to get the critical elements of the game and cover all the necessary information needed.

The Name Of the Game

One of the main things that should be included in the game design brief template is the name of the game. There are a few ways through which you can understand or undermine the name of the game. Is your game fun or catchy, or does the title reflect the entire personality of the game? Choosing an attractive name is always important. This is the name which the players will always speak so choosing something which stays on the tip of their lips is essential. The name of the game helps during the marketing and launch phase. Finalizing a character can take time.

Another best thing about gdd is the central character depiction. It is crucial for every single game to have a main character and side characters. This is what makes the game easy and more enjoyable for the players. Creating game design document apps will help every single developer to locate their focus on the characters and their appearance. Does the name have a unique appearance? Will the character be in the first sequel and in the next? All these things are noted down in the gdd.

There are so many games which have multiple different characters and a riveting storyline. Take, for example, Call of Duty. This fantastic game has other characters which the players have to play in. the feature or the character design depends on how the players would like to see in themselves. So this is why the players can go to the store and buy themselves skin.

This is what has to be stated in the gdd. The GDD should have two aspects when drafting down the character of the game’s storyline. One is the theme; another is the progression.

Tapping into the central part of the gameplay is one of the essential things of a game. If the gameplay is not understood as stated by the developers, then the team would know what they have to do. The gdd helps and defines the gameplay. To help you determine and understand better what should be included in each section, it is essential to divide every bit in a subsection.

So there are some facts which have to be understood before commenting on the gameplay of a game. The first fact is to understand the goal of the game. The purpose of the game depends on the genre of the game. Whether the game should be an action-based performance or an open-world scenario, etc.

The second thing to know is understanding or defining player skills. Every single game has a player or the main protagonist. Defining the protagonist’s skill is essential to be stated in the documentation for the game project. the target audience or if some improves done only work for the kind of device on which the game is being played.

The third factor is to understand the mechanics of the game. Without paying any details, the company should state down all the mechanics included in the game. A given mechanism is a pivot control on which every action and reaction of the characters and the main event revolve. Last, it is essential to state the abilities and power-ups of each and every single character. Whether they should be elaborated in the game or they should have a glow up should be mentioned.

Graphics Of The Game

One of the main things to be included or worked through inside a game is the graphics. The graphics are one of the most exhausting parts of a game. The whole team of the company should know what type of pictures they are working on. The overall gaming experience is a lot about graphics and motion images. If the drawings are not settled or talked about, the GD should paint a picture for designers and some concept art.

How is The GDD funded?

The GD is the most critical documentation of game development. Creating game design document tips is hard work to do, but every manager should know the details and how to start with it.

When a game is being developed, the first thing in the market, the game company should approach an investor. The investor is likely to turn off their money into the game so that they can launch better. The idea behind the gdd is to figure out all the points which can help the investor invest in the game. For example, in a single day, an investor gets a lot of deals. It is essential to state in the gdd what kind of points should make the game on the company stand out.

Last but not least, the monetization policy of a game is really very important. You should know and include some of the details that are pl and canned into monetizing your game. This helps the management as well as the employees to understand the kind of investor is looking forward to buying the game.

If you are a game entrepreneur, then the first thing you need to do is to document. The gtd is an essential way through which it can help in your future projects. We all understand that game development is not child’s play. It takes a lot of time and hard work with proper determination to complete a game. This is the only reason why creating game design document tips can help the whole company to produce a perfectly good game.

An aspirer set to achieve my goals, I make sure my write-ups can touch hearts and help me to convey my thoughts to readers.