Kotlin vs Java: The Ultimate Battle

Kotlin vs Java: Is Kotlin The End of Java?

Kotlin vs Java: Which is Better? The biggest question on every app developer’s mind right now. Idea Usher experts are here to answer just that!

Let’s go back a couple of years when Java was the fundamental programming language for app developers worldwide.

Then, JetBrains released Kotlin in February of 2016. And the whole App development landscape witnessed a shift with Google announcing Kotlin as the new official language for android app development in 2017.

Both Java and Kotlin are free, open-source programming languages used for creating powerful Android Apps. So, what could have caused this sudden shift?

It’s simple. Java is aging, and just like all old things, it is now phasing out. And the pragmatic, robust, and intuitive Kotlin is here to stay!

This article throws light on what makes Kotlin better than Java. But first, let’s understand the two languages separately.

Java has been the fundamental programming language for over two decades. It is widely used and is a common skill requirement for app developers worldwide. The simplicity of using the language has opened room for infinite innovation.

Java is object-oriented and can do much more than just android app development.

Kotlin is a statically typed programming language initially designed for the JVM (Java Virtual Machine) and JavaScript. This project was born out of aspiration for higher functionality and has been gaining popularity since its inception.

They offer loads of new features. The ease of adaptation has led brands like Coursera, Pinterest, and Atlassian to shift their development stack to Kotlin.

Kotlin vs Java: A Brief Comparison

Kotlin vs Java which is better? Let’s find out!

Converting Java code to Kotlin can be done in a matter of seconds. JetBrains integrated a new feature into IntelliJ, which converts Java to Kotlin. Developers can avoid retyping the mundane code.

Kotlin might ensure better performance, but Java wins the kotlin-vs-java battle in terms of speed. It is much easier to learn and has a reduced deploy time.

The compiling code in Kotlin takes much more time than it does in Java. Java compilation speed 1.25x of Kotlin.

Java has been around for over two decades, which amounts to a much larger community than Kotlin. It brings to the table massive learning support and resources.

Is Kotlin better than Java?

There is no denying the fact that Kotlin provides a solution to Java’s most persistent problems. Here’s how:

This function can solely win the battle of kotlin-vs-java. Kotlin uses the knowledge and expertise of existing programs and fixes their issues. Java libraries and most of its frameworks are entirely compatible with Kotlin.

It is quite simple for someone to convert their entire project to Kotlin.

Time is money. The same code that takes you hours to write in Java will only take a few minutes in Kotlin.

The few lines in Kotlin, as opposed to Java, are more reliable, with fewer bugs and crashes on the UX designs. The easier readability of Kotlin also makes it easier to learn, making it ideal for beginners.

NPE or Null Pointer Exception is a major drawback of Java. Kotlin takes another point in this battle of Kotlin vs Java by incorporating inbuilt null safety. Null represents the absence of value but can nearly destroy an app. Kotlin’s null safety saves time that goes into fixing the issue.

Kotlin is concise, compact, and clear, which results in a safer code.

Kotlin’s design leaves room for a lot fewer errors as compared to any other language. It allows developers to write a more stable code from the initial stage, which results in fewer crashes and a reduced number of system failures.

Kotlin comes out as a winner in the battle of Kotlin vs Java for Android development. However, the question remains, Will Kotlin completely replace Java in the near future?

The Future of Android App Development

Some experts say that Java and Kotlin will co-exist in the future. In contrast, others believe that Kotlin will ultimately draw Java out of the market.

Well, only time can tell which of the two statements upholds.

Meanwhile, app developers who are already familiar with Java can learn Kotlin in a matter of hours. The best solution is to learn or experiment with both!

We have explored the key Kotlin and Java differences in this blog. It is now over to you to choose which language suits your project better.

Our tech developers at Idea Usher have expertise and experience in both the languages. We will develop a robust and stable android application for your business.

Our clients from all over the world rely on us for customizable IT services.

Contact us for a free consultation session with our experts. 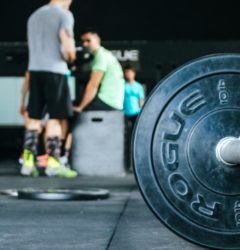 Fitness apps: A necessity for gyms to deal with CO 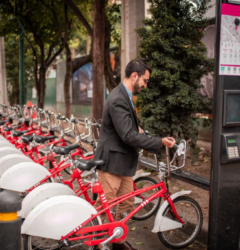 A complete Guide for Developing a MoBike like Bike

Subscribe to our E-book on how to get your Online Meditation App Up and Running.

Subscribe to our E-book on how to get your Online Stock Trading App Up and Running.

Kindly fill the details below for Demo & Free Consultation!