How Much Does It Cost To Develop An API?

This interface works behind the scenes, and it is all thanks to the API that you share your blog post on Facebook, Spotify playlist on the Instagram story, travel arrangements you make from sites like Make My Trip; today, we’ll look into what an API is and how much does it cost to develop an API? 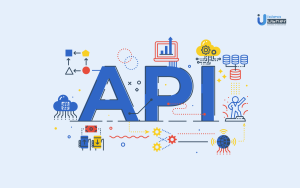 A software-to-software interface is known as an API (Application Programming Interface). APIs allow programmes to communicate with one another in a secure and standardized manner, delivering the requested information or functionality without user participation.

An API states the rules for communication to happen. It becomes the mode between software to communicate with one another safely. Moreover, it doesn’t require any extra efforts that a user has to make.

How Does API Works in Simple Words?

An application programming interface (API) is a collection of rules that govern how computers, programmes, and machines communicate with one another. Consider it this way: a traditional user interface is designed for humans, whereas APIs are designed for applications or computers.

Allow me to explain it using metaphor. Let’s say you went to a restaurant and the waiter; the one who delivers (API), acts as a connector between the customer (you as a user) and the kitchen (that is, webserver)

For example, if you order your food from Uber Eats, then the data collection to present you is done through API. Even though at the entire time of placing the order, you will be on the UberEats app, but multiple websites do the work in the background that users don’t have to worry about.

Whether it’s placing an order, cancelling the order or modifying the order, the site uses API to request access to the restaurant’s website database.

What is API Call?

An application program makes an API call when it sends a request to a server’s API. An API call also includes everything that occurs after the request has been submitted, such as when the API receives data from the server and returns it to the client.

Allow me to explain it using metaphor. Let’s say you went to a restaurant and the waiter, the one who delivers (API), acts as a connector between the customer (you as a user) and the kitchen (that is, webserver). You give your order to the waiter, which he notes does (that is API Call).

Difference between Microservices and API

APIs that can be accessed over the HTTP protocol are known as Web APIs. This interface specifies endpoints as well as acceptable request and response formats. These could be web notifications or web storage, for example. Different online APIs, such as open, internal, and partner APIs, offer varying levels of privacy and security. A composite API is a collection of data or service APIs made up of many web APIs.

Also known as public API available for developers and other vast categories of users with minor restrictions. They are open and allow developers to access data. They may require an API key, registration or can be found entirely open.

Take a look at the Food Hygiene API (made available by the UK Government), which is made available for app developers to include accurate data to applications.

Partner APIs are similar to open APIs as they have restricted access. They are frequently created with a specific purpose in mind, such as granting access to a premium service. A third party API governs its access. In the software as a service ecosystem, this is a relatively prevalent paradigm.

Also known as Internal API, They are used to exchange resources within a firm. They enable separate teams or departments inside a company to use their tools, data, and applications. Security and access control, auditing records of system access, and a standard interface for linking numerous services are advantages of using internal APIs over traditional integration strategies.

How Much Does It Cost To Develop An API?

Realizing that an API acts as a crucial asset when it comes to building a great app that has problem-solving features now comes, how much does it cost to develop an API?

What does an API developer do?

“Ok! Now, will you please get to the point and tell me how much time API development will take?” I saw that coming. Click To Tweet

The time required to develop an API interface entirely depends on your requirements. Take a pen & paper, jot down your desired features, and give it to the developer, and he will provide you with an estimation.

Or you can shorten the process and tell us in the comments, and we will estimate the most reasonable price for you.

Why not a fixed number?

This is a rough estimate of how long it will take to investigate the API project. Is there any domain-specific knowledge required? What data sources would the API reveal? Will it be able to communicate with other third-party offerings? During this stage, you’ll want to collect as much information as feasible.

If the scenario is that the database doesn’t exist yet, it means if the given project is greenfield. Then, the API can’t expose a database. In that case, more time is required to design a database and make the basic information available.

This step intends to take helpful feedback from the simple API designed where the team puts the interface to some tests and gathers valuable data via feedback.

Considering the feedback, the team marches towards building an alpha version of API, which by far is better than what they had begun with.

A right to data spectrum!

Don’t settle for anything less. A good company, a good developer, always gives you tools to track the software’s progress and impact. For instance, you are exposed to true values when you work with companies like Idea Usher. We here believe in the duty of keeping our client upto date; data like traffic, bounce rate, etc.

Swagger and other proactive, self-documenting solutions keep your documentation up to date with the API inputs, outputs, and endpoint definitions. Additionally, interactive API documentation allows your developers and users to become acquainted with the API without writing any code.

Building once and using forever is not an option.

There will be modifications on code, technical functionality improvements, database management, and countless other things that go unnoticed on surface level.

Marketing stands as one of the essential players in a winning team. At Idea usher, we make sure that our well-experienced marketers should plan the marketing well. An idea executed well is an idea that people should know, and we make sure that it reaches the target audience faster.

Why Figuring Out API Costs is Crucial for Success

API costs are an investment that you are making for your business. Moreover, every investment has a return and to make sure you get the highest possible return; you must pick the right developers. As mentioned earlier, the prices vary according to features you are willing to inculcate.

It’s a software to software interface that allows programmes to communicate with one another in a secure way. The exchange of information takes place between databases without the active participation of a user.

2. How much does it cost to develop an API at Idea Usher?

Our price to develop a great API ranges from 2000$. Allow us to examine your needs and at what level you need our services here.

3. What is the use of giving a contract when I can hire a freelancing developer?

There is a lot more to API than coding it into some data source. That’s where the complete work pays off in terms of marketing, designing, etc.