What’s next for the crypto world after the Ethereum Merge? 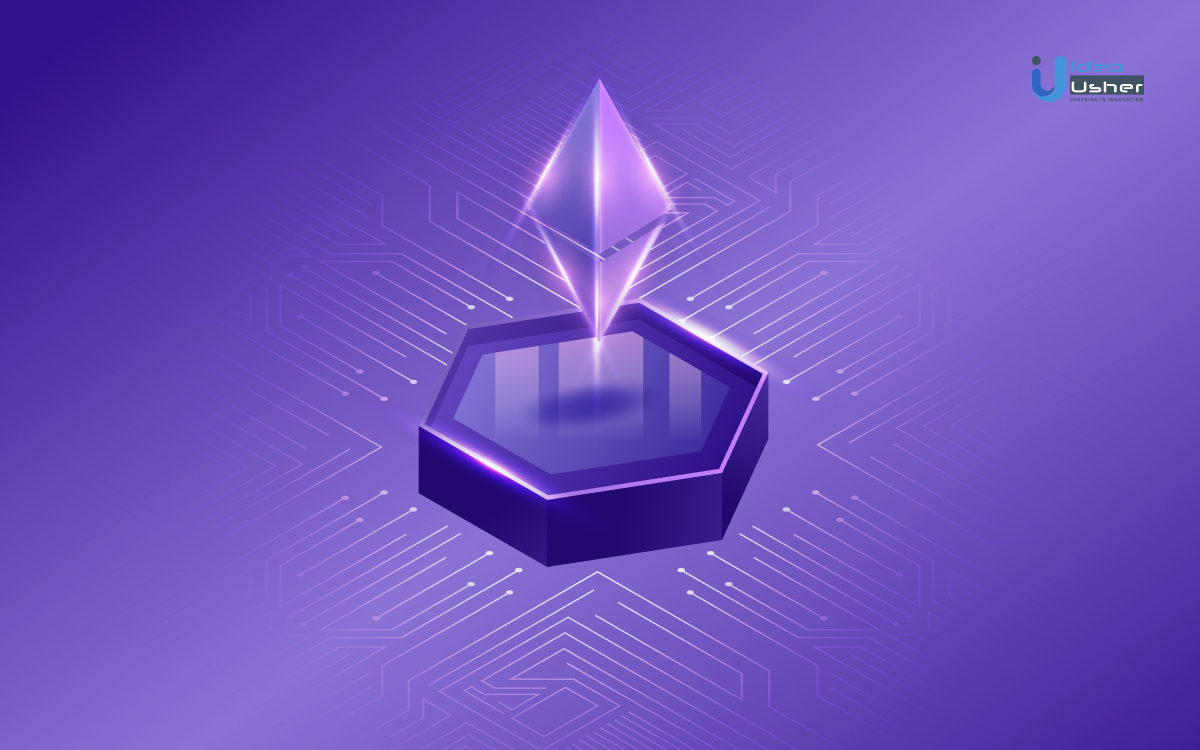 Because the crypto world witnessed a historic transition—the transition of Ethereum from the proof-of-work (PoW) consensus algorithm to the proof-of-stake (PoS) system. Known as the Ethereum Merge, the event changed how transactions are validated on the Ethereum network.

But what exactly is Ethereum Merge? What impact has it had on the crypto world so far? How will it affect businesses in the long term?

This blog aims to answer these questions by deep-diving into the details of the Merge.

Three major things formed the headlines after the Merge:

What is the Ethereum Merge?

The Merge is the union between Ethereum’s initial execution layer (the Mainnet, which has existed since its inception) with its new PoS consensus layer, the Beacon Chain. It did away with the requirement for energy-intensive mining and instead allowed the network to be secured using staked ETH.

How did the Merge happen?

What are the major benefits of the Merge?

The Merge predominantly displays three benefits that are likely to help the Ethereum ecosystem grow and improve in the future.

Earlier, Ethereum worked on the PoW mechanism, which required the network members to compete to validate the transactions on the network. The participants needed to solve complex problems to get the chance to validate the transaction. This process required massive amounts of computational power and investment in expensive machinery. Thus, the process was both energy-consuming and time-consuming.

The PoS mechanism does not need high power and expensive computers, thus eliminating the need for specialized hardware and cutting out electrical waste. According to Ethereum’s official website, the transition from PoW to PoS will lead to around a 99.95% reduction in Ethereum’s energy consumption. That’s not it! The transition will also lead to a global decrease in electricity consumption.

Ethereum is still a blockchain under development.

Yes, you read that right. Vitalik Buterin, the co-founder of Ethereum, said that after the Merge, he views Ethereum as being only 55% complete.

So what else needs to be done? For Ethereum to reach its full potential, it needs to reduce its fees and increase the transaction speed. The Merge doesn’t solve these issues directly but lays the foundation for the network to increase its capacity and eventually become faster and inexpensive. It will achieve this through a process called sharding.

The Merge is a positive sign for many Ethereum participants as more of them will now be able to earn rewards for participating in and securing the network. By switching from PoW to PoS, miners will no longer validate the transactions.

Instead, the transactions will be processed via staking wherein the participants can commit a portion of their Ethereum holding toward validating transactions to earn a portion of transaction fees. While mining requires a significant initial investment and effort, staking is more accessible to regular Ethereum users.

It is normal to witness misconceptions surrounding new developments in the tech world. Here are a few misconceptions about the Merge and its justification.

The impact of the Merge on businesses

Before the Merge, many experts predicted that it will likely increase enterprise adoption. Paul Brody, global blockchain leader at EY, said that while the Merge will not affect most current enterprise use cases, it will transform how businesses perceive Ethereum.

With its benefits, the Merge will eventually lead to more scalability and privacy for enterprises. As a result, it will be possible to address enterprise process needs more comprehensively in the future. However, a thing to note here is that the Merge does not directly improve the scalability. It paves the way for future upgrades that will address the scalability issue in the coming years.

In addition to scalability and privacy, the Merge will draw attention to the sustainability aspect of Ethereum. As energy consumption goes down by more than 99%, Ethereum becomes more sustainable than before.

Earlier, many large organizations with environmental, social, and governance goals shied away from building solutions on Ethereum because of its reputation for being environmentally unsustainable. However, with the Merge making Ethereum more eco-friendly, the network’s business ecosystem is likely to leap ahead.

What are some other things to know about the Merge and its impact on the crypto world?

Ethereum, the second largest cryptocurrency by market capitalization, has switched to a more eco-friendly algorithm—the PoS. But, the market leader, Bitcoin, still uses the PoW consensus mechanism to validate transactions.

Although the Merge might pressurize Bitcoin and other blockchains to make similar changes, they are likely to face resistance. Many Bitcoin advocates believe that PoW is more secure and decentralized than PoS and that switching over would jeopardize the blockchain’s core principles.

Because Bitcoin has by far the largest market capitalization of any cryptocurrency, its dedication to proof-of-work will impede any significant progress on crypto energy use.

Another issue is that the Merge may attract increased regulatory scrutiny. Using proof of stake may result in a blockchain’s tokens being categorized as securities, a label that many in the digital asset industry are striving to avoid due to the increased regulatory requirements and attention that comes with it.

What do experts feel about Ethereum Merge and its future adoption?

Mixed responses are coming from the experts in the crypto community about the mainstream adoption of Ethereum post Merge. While some have shown their support and hailed the Merge, others have a different point of view.

Changpeng “CZ” Zhao, founder and CEO of Binance, said, “It certainly helps, but mass adoption is achieved by many innovations together.”

Tyler Winklevoss, the co-founder and CEO of cryptocurrency exchange Gemini, said, “The merge is a big milestone and a big step towards Ethereum being able to fulfill its ultimate promise.”

However, Mark Cuban, the Dallas Mavericks owner, said, “It’s a non-event.” According to him, Ethereum’s value remains in its smart contract abilities. He said, “Smart contracts haven’t changed. They are the driving technology for ETH.”

What are the other planned upgrades for Ethereum?

After the Merge, Ethereum has planned a series of upgrades in multiple stages: the Surge, the Verge, the Purge, and the Splurge. Let’s discuss each of these stages in detail.

Through the Surge, Ethereum will introduce systems to make the network more expandable or scalable via sharding and rollups.

As stated earlier, sharding will split the Ethereum network into smaller pieces, known as ‘shards,’ increasing the network’s scalability. It will do so by breaking the data within the same blockchain, thus creating multiple mini-blockchains. It will then aim to create a physically sharded system of 64 linked databases. If sharding on Ethereum can be achieved, each user could save a portion of the update to the database rather than the entire thing.

Rollups execute transactions outside Ethereum’s foundation layer (layer 1) and subsequently upload the transaction data to the layer 1 blockchain, allowing it to use the main Ethereum security chain.

Currently, there are two types of rollups:

The Verge will also aim to tackle the scalability issue by introducing Verkle trees. According to Buterin, the Verkle trees are a “powerful upgrade to Merkle proofs that allow for much smaller proof sizes.” The Verge will optimize storage and shrink node sizes, ultimately making Ethereum more scalable.

Verkle trees will allow you to store a vast amount of data by displaying a short proof of any piece of that data, which will then be confirmed by someone with the tree’s root only. This method will make proofs considerably more efficient.

The Purge and the Splurge

The Purge aims at reducing spare historical data. By reducing the amount of historical data, validators can validate the blockchain more efficiently under the new proof-of-stake consensus mechanism. It should minimize network congestion and enable a more significant number of transactions to be completed on the blockchain.
The Splurge aims to ensure that the network continues to perform properly and the previous upgrades do not cause any issues.

The Ethereum Merge was a long-awaited event for crypto enthusiasts. With it finally completed, a lot of changes have taken place in the crypto ecosystem. The prices have fallen, energy consumption has reduced, hash rates have seen fluctuations, and there are many speculations about the potential effects of the Merge.

However, one thing is certain—Ethereum’s transition from PoW to PoS is a significant move for both the network itself and the other blockchains. Ethereum isn’t stopping to upgrade its network with the Merge; several other upgrades are planned to be introduced in the future. It would be interesting to see how the Merge and the future upgrades will impact the crypto ecosystem and businesses in general.

Experts at Idea Usher, a leading technology company, regularly keep a tab on the updates and changes taking place in the world of blockchain and Web3. You can connect with us for more information about blockchain and how it can help you scale your business:

Here are some exciting FAQs about Ethereum Merge:

Ethereum’s transition from PoW to PoS was successfully completed on 15th September 2022. However, its meaningful implications can be assessed only in the long term.

2. How long was Ethereum Merge?

The first part of the Merge, the Bellatrix upgrade, took place on 6th September 2022. However, the final part, the Paris upgrade, lasted for around 15 minutes on 15th September 2022 before it was declared a success.

3. Why is the Ethereum Merge important?

Ethereum Merge is important because of its significant impact on energy consumption, price, hash rate, and other components of the crypto ecosystem.

I'm a blockchain architect with more than three years of experience in the industry, specializing in the Ethereum platform. With a deep understanding of blockchains, I continue to help businesses build their blockchain network or integrate it into existing applications. I've worked on projects ranging from simple web apps to complex enterprise-level software systems and led teams from start to finish.