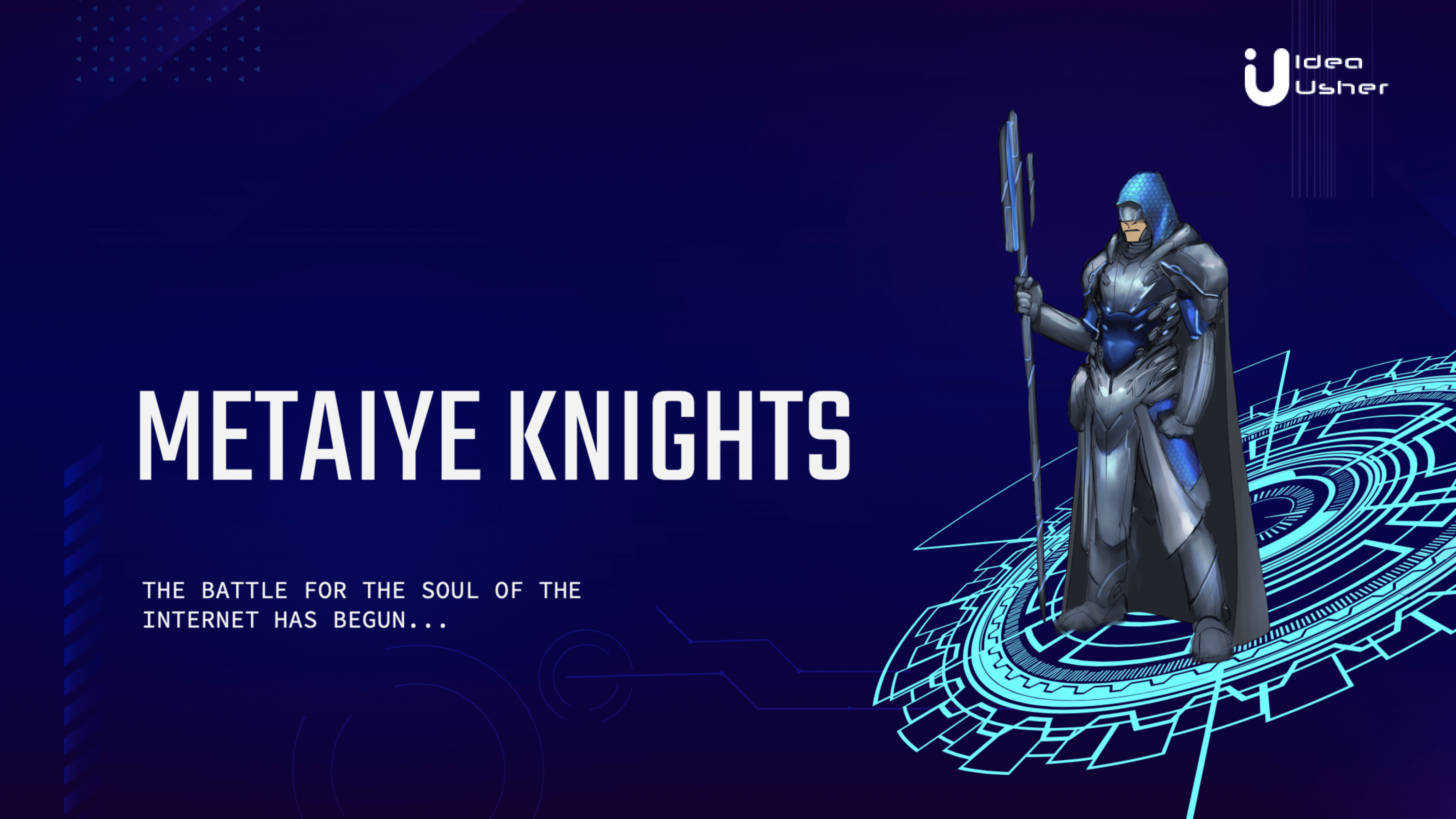 metaKnyts created by Metaiye Knights Media has raised over USD 1 Million on a platform called Start Engine. This has grabbed the NFT collectors’ attention. And it has convinced them that metaKnyts and projects like it are the future of digital collectibles.

CEO Dele Atanda leads both metaMe and the Internet Foundation alongside people like Brittany Kaiser, the Cambridge Analytica whistle-blower, Pulitzer Prize-winning reporter Karen Hunter, Sirius XM executive, and David Chaum, the forefather of cryptography. This tells us that metaMe is just not a random crypto project started by a college student but an actual masterpiece in creation.

Currently, Metaiye Knights don’t have a worthy competitor, which makes it the most valuable digital asset for all NFT collectors.

Dele Atanda, CEO of Mateiye Knights, said in one of his videos:

“We launched the Mataiye Knights back in 2018, with a vision of teaching a wider community about the importance of blockchain and crypto. And getting people involved so that they can take advantage of this great new technology and transform their lives.”

What is the storyline?

Generally, the most popular comic series often draw inspiration from real-life characters and situations; take Captain America, for example; he is the symbol of brave American soldiers fighting against the Nazis. Or the X-men, which derives its storyline from the civil rights movement. Martin Luther King Jr. was an inspiration for the character Charles Xavier. While his counterpart Magneto drew inspiration from Malcolm X. This format of storytelling is proven to be successful and widely accepted throughout the world.

metaKnyts is noo different. It continues using the same format. It is based on characters and organizations that try to misuse data. The storyline advocates decentralized systems heavily and talks about the democratization of the internet and the virtual world.

“The story has cyber vampires, who can suck people’s personal data. And it is not a coincidence.”

The story begins with a sudden meeting of the lead character Deji and Satoshi Nakamoto, the creator of Bitcoin. We will be getting a flashback into his childhood and what inspired him to create Bitcoin.

The story follows the evolution of the Internet using characters like “Terra” and “Digiterra”. There is also a battle between two cyber vampire clans named “FANG” and “BAT”. The cast of heroes and villains will be diverse and will have the influence of advocating civil rights.

The storyline focuses on teaching important lessons, mainly the importance of data privacy, decentralization, and security. MetaKnyts explore this in order to make people aware of how a dystopian world might be if we don’t stand up for data privacy rights.

Why is everyone so hyped about Metaiye Knights?

The internet hypes up Metaiye Knights since its Start Engine campaign started in 2019. According to experts, the NFT collectors market is in a bubble that is set to burst soon. Bit, the market doesn’t seem to bother what the experts are saying.

Collectors are continuously buying into new crypto projects. Cryptopunk was the most popular by far. The collectibles sell for millions of dollars on platforms like OpenSea, Rarible, etc. Amongst this craze, Metaiye Knights became the first crypto punk comic. The sheer craze of being “first” is enough for it to blow things out of proportion on the internet.

In addition to that, the storyline also seems to be juicy for comic lovers; there are 2 primary reasons why people are buying into metaKnyts:

Whatever the reason might be for you, Mataiye Knight is in high demand, and you should definitely check it out.

How to invest in Metaiye Knights?

You can invest in Metaiye Knights by going to Start Engine and buying at least 20 shares of the crypto comic. Each share costs around $5, and with a minimum lot size of 20 shares, the minimum investment amount comes to $100.

There are various perks you will get at every stage as an investor. You can check the details out here.

Metaiye Knights have been a huge success in the NFT collectibles space and on Start Engine. It has already acquired a cult status among fans. It has raised over a million dollars in crowdfunding, and the number continues to grow.

This crypto comic’s emphasis on decentralization, data privacy, and data sovereignty is one of the most valuable things in the content. The issues taken up in the storyline correlate directly to the current real-life situation, where big tech corporations face regular accusations of illegally storing and controlling the flow of data.

Metaiye Knights will launch on the platform Mintable.

2. How many investors does Metaiye Knights have?

3. What is the Valuation of Metaiye Knights?

The current valuation of the crypto comic is around USD 8 Million.