Disney Plus vs Netflix – What Should You Choose in 2021? 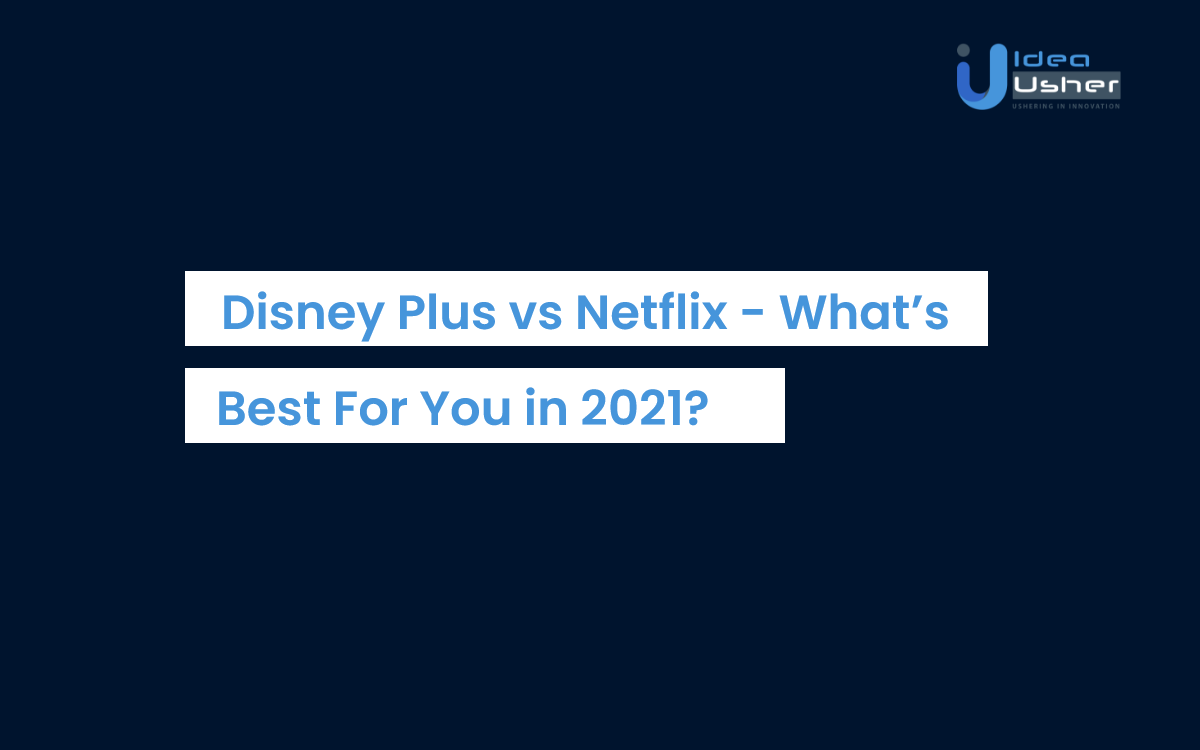 Disney Plus vs Netflix – COVID-19 pandemic has fueled the global OTT business and caused a radical change in the way people use these platforms. As all the malls, theatres, and entertainment options were shut down, people had no choice but to switch to OTT platforms.

As per Zuora’s Subscription Economy Index Report, the global growth rate of subscription for OTT companies grew seven times as compared to the previous 12 months’ growth rate during March 2020. Consequently, streaming services such as Netflix and Disney Plus have seen unprecedented growth.

Although Netflix has already established a place for itself in the OTT platforms industry, nothing guarantees that its position wouldn’t be taken over, especially given the fast-paced growth of Disney Plus. As a result, many consumers today are tangled in the debate of Disney Plus vs Netflix.

If you’re one of those people who are on the lookout for answers, you’re at the right place! We’ll be comparing both the platforms and then leave it up to you to decide which streaming service would play on your devices in 2021.

So, without further ado, let’s get started and help you pay for a platform’s subscription that suits your needs best!

Disney Plus vs Netflix – Device Compatibility

Let’s look at the compatibility of devices between Disney Plus vs Netflix.

It also supports Blu-ray Players and has its set-top box.

Disney Plus vs Netflix – Accessibility and Availability

Netflix is available in 190 countries across the globe and has a total of 193 million subscribers. Indeed, this number keeps on increasing every minute. Likewise, Disney Plus offers its services in 30 territories at the moment. It recently expanded to 8 more countries this year, like the US, Canada, Switzerland, Spain, etc., and has 50 million subscribers. It is expanding its base and growing steadily.

Disney Plus vs Netflix – Pricing and Plans

Pricing and Plans is the most relevant factor in deciding which is a better option between Disney Plus vs Netflix. Both the video streaming platforms used to offer free trials but soon discontinued this feature. Netflix is a more expensive option as it provides more content and shows, but the lowest and basic plan starts at  $8.99 per month. Additionally, you can upgrade according to the screens you want to watch on.

DisneyPlus offers plans starting from $6.99 per month and is relatively cheaper. However, Disney Plus announced that its subscription price would increase by $1 and become $7.99/month and $79.99 per year by March 2021. It also offers the option of upgrading screens that can be viewed from different devices. Apart from this, Disney Plus provides a subscription to its streaming-services, Hulu (with ads), and ESPN+ for $12.99/month. This is called the Disney Bundle.

The maximum number of screens that can be viewed from different devices simultaneously on both platforms is four at the moment.

Today, Netflix and Disney Plus have everything you could watch and spend your time on; that’s why the debate between Disney Plus vs Netflix is more relevant than ever.

Netflix has all the latest movies and trending shows. It has classic and all-time-favorite shows like Friends, Big Bang Theory, etc. Moreover, they have ‘Netflix Originals’ like The Crown, Emily in Paris, which are a hot topic and trending on social media these days.

On the other hand, Disney Plus mainly focuses on Disney movies and shows, including the Marvel and Star Wars franchise. Moreover, it has decided to release new movies and shows that were earlier planned to be released in theatres. Thus, the streaming service and its shows are fast gaining the spotlight.

When it comes to Disney Plus vs Netflix content, the latter offers a larger quantity and quality of content to watch than Disney Plus. The reason behind this is that it has been streaming since long before Disney Plus’s inception. As a result, Disney Plus is still trying to gain more shows and awareness.

Disney Plus vs Netflix – Features

Netflix comes with excellent device compatibility. You can watch shows and movies hassle-free with a great display on any device you want. Moreover, it consumes lesser data as compared to other platforms (3GB per hour for a high definition quality video)

On the other hand, Disney Plus consumes 4.2 GB per hour to stream a High definition video, which is more than Netflix. It offers excellent device compatibility, but sometimes it may show incompatibility with specific Android devices. Also, it is yet to have a variant for macOS. Thus, if you’re comparing Disney Plus vs Netflix in terms of data consumption, you already have a winner.

Disney Plus consumes more data, and therefore, takes more time in loading and streaming content, which is not appreciated by viewers. However, Disney Plus has a cool feature that allows you to live-stream cricket matches if you have a paid subscription. Netflix, on the other hand, does not support this feature. Instead, it has parental controls options that help you manage what your kids watch and learn. DisneyPlus does not offer this feature.

Disney Plus vs Netflix – Comparison Chart

To conclude which is better, here’s a comparison chart between Disney Plus vs Netflix. This will give you a better picture of both the streaming services and let you choose one that fits your budget and needs right.

Disney Plus vs Netflix Comparison Chart:

Disney Plus vs Netflix – Conclusion

And that’s a wrap! These were the features, pricing, and content of Disney Plus and Netflix.  It’s simple – if you want more content, then Netflix is a clear winner. If you wish to watch good quality shows and movies at a lower price, then Disney Plus is your best bet. Therefore, the ultimate deciding factor is your needs and requirements.

Although there is no clear winner between Disney Plus vs Netflix, the latter does offer better features. As discussed earlier, the data consumption while using Netflix is lesser than that while using Disney Plus.

Khushboo Rajpal is a content writing associate at Idea Usher and a life-long learner. She uses her curiosity and experience as a content writer to write about subjects valuable to her readers, especially startups and nascent organizations.