How to Build a Language Learning App like Duolingo? 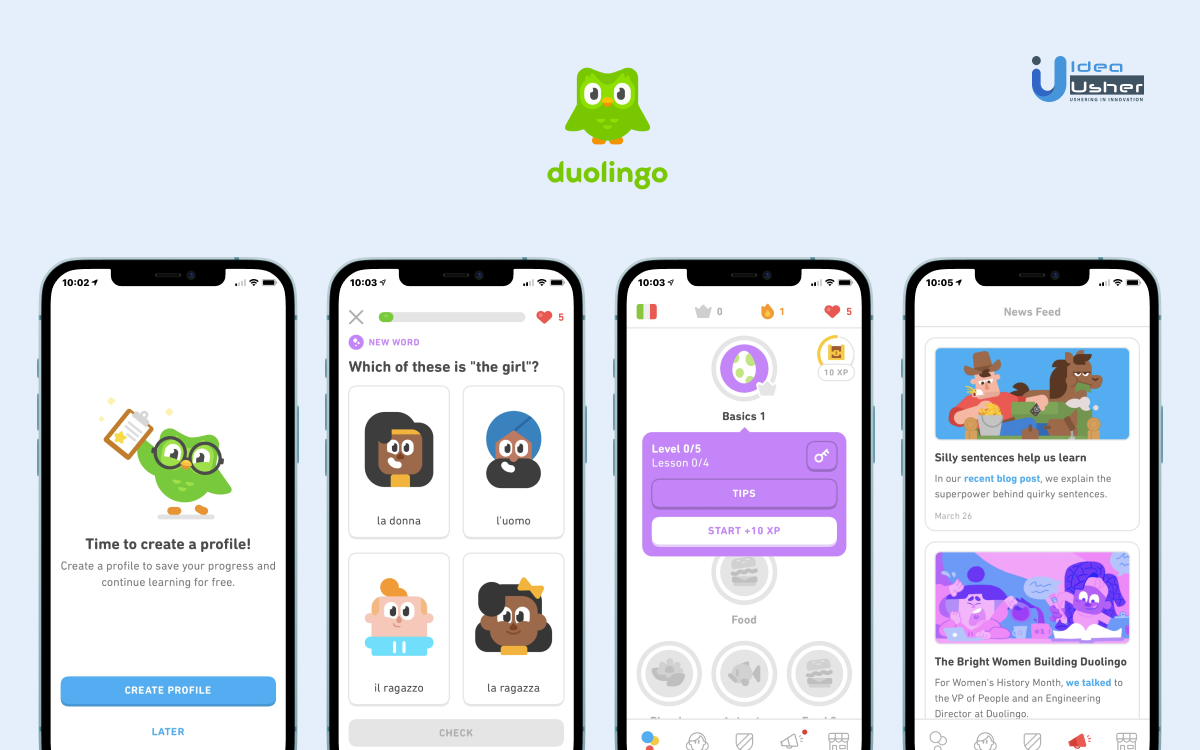 We live in a multilingual world, where increased globalization demands you to know a second language, which eventually gives you an advantage over others.

Learning another language is becoming a usual activity amongst the youngsters and business professionals. It’s because they want to lift the language barriers and integrate with the people globally.

Moreover, companies prefer bilingual professionals, as they seek to trade and create relationships with different countries.
Learning another language is becoming easier with mobile apps. A language learning app uses AI and Machine Learning (ML) to enhance your skills.

This blog will describe everything you need to know about a language learning app and how to develop it.

Duolingo is a leading language-learning mobile and web app that helps you to learn numerous languages spoken around the world. It also conducts digital language proficiency assessment exams.

It uses AI, machine learning, innovative tools, and psychology to enhance your learning. It uses pictures, sounds, games, reading, writing, and listening, making it even more interactive for the end-user.

Duolingo is a free app, though you can buy ‘Duolingo Plus’, which comes with a monthly fee of $6.99 per month.

On the App Store, Duolingo ranks No.1 on Editor’s Choice Apps and High School Apps and No. 4 on Notable Education Apps.

There are currently 100 million Duolingo downloads on Google Play Store and 99 million on App Store.

Duolingo features that made it famous:

The Infrastructure of Duolingo

How does Duolingo make money and What is Duolingo’s Business Model?

Duolingo initially employed a crowd-sourced business model, where organizations such as Buzzfeed and CNN paid them for translations.

Duolingo is a free app, but they have periodic advertisements on their platforms.

As they grew, they switched to a freemium model for their mobile app and web app known as “Duolingo Plus” and includes:

Duolingo’s revenue, since they gained recognition, is as follows:

According to Forbes, Duolingo derives 50% of its revenue from ads, 48% from in-app purchases, and 2% from its Duolingo English Test.

At the end of 2020, it had 1.6 million paid subscribers and more than 300 million registered users.

Why do you need a language learning app? 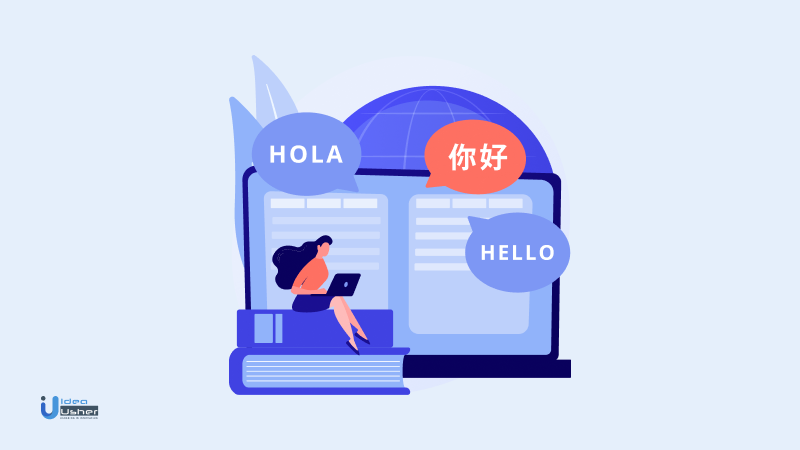 But are you willing to learn from an app?

This is the part where a language learning app comes in, to be more precise, ‘a free app.’

You would want to learn many new skills, but there’s no time. Virtual learning saves most of your time and cost, giving you more time to learn numerous skills at once and saving your money so that you can invest at a more needed place.

Who are Duolingo’s Competitors?

There are many apps like Duolingo, but we have chosen the four best alternatives.

It is the world’s first language learning app, made in Germany, and debuted in 2007.

Babbel uses its user interface to adapt itself to the learning ability of the user. For example, if a user learns better through listening, the app will tailor itself to that preference and teach you accordingly.

Though the App only has 14 languages, most of them are European languages.

The App is free, but users can access most of their content only through their subscription model, which costs you $6.95 per month for 12 months.

It is another language learning app famous amongst users. It is based in China and teaches you around ten different languages.
This app provides the same experience as Duolingo, i.e., it gamifies learning.

LingoDeer provides comprehensive resources for students learning Japanese, Vietnamese, Mandarin, and Korean.
The app is completely free, and unlike other free apps, it does not have any periodic advertisements, and students can also download lessons for free.

This app is developed for those who want to learn in a group.

It is wholly focused on collaborative learning.

Students can get their performance reviewed by native speakers and learners for verbal and written exercises. It contains 12 Languages which are relatively minor.
Most of the features of the app require a subscription.

The premium version of Busuu allows you to have a live conversation with native speakers and certifies you with McGraw-Hill Education.

It is based in Estonia. The app features only four languages for English speakers, French, German, Spanish, and Russian, and users can also learn Estonian.

It also teaches UK and US English to speakers of distinctive tongues. Lingvist uses AI and neural networks to enhance your learning ability. It keeps track of all your learning activities and presents you with daily goals.

Though the app features just four languages, it is deemed content-rich in every aspect, whether it’s vocabulary, grammar, or any other thing.

Like Duolingo, it also employs a freemium model, with subscriptions starting from $7.50 per month.

How to Build a Language Learning App?

Read more: How to do Mobile App Development Outsourcing in 2021

Duolingo is an excellent application, but there are always some drawbacks, which an individual can see or feel.

We all have different perceptions, and more than 300 million people use Duolingo, which means hundreds of millions of perceptions.

The most common perception people carry is the voice used in the application. The voice is unclear because the pronunciation is very different from what we see or write, which needs more improvement.

Hence, many of us would like our variant of the app, with more distinctive features and more accessible experiences.

Are you one of these ‘many’?

If yes, then let’s get together and build an app that helps people overcome their language problems.

Feel free to get in touch with us to get your language learning app built now!