How to Develop a Bike Sharing App in 2021? [A Complete Guide] 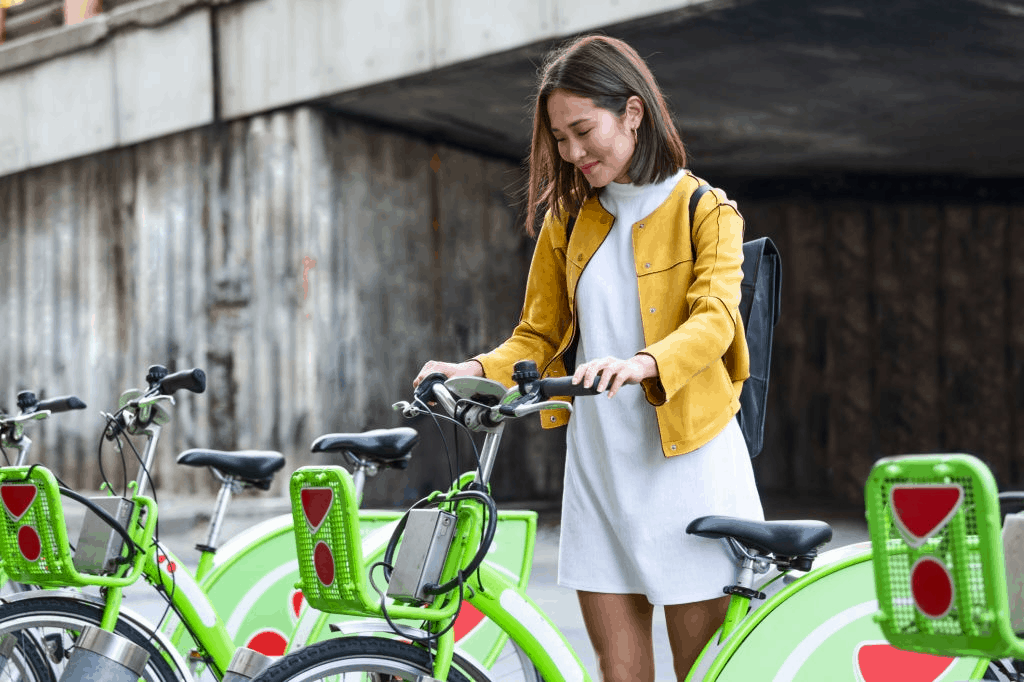 On-demand ride-sharing apps have become one of the biggest bottlenecks in everyday commutes for people around the globe.

Be it in busy Charlottetown, or an intensely populated Beijing, or a well-bred London, the public transport systems are incapable to cater to the needs of every single commuter.

This all has resulted in the emergence of bike/scooter sharing platforms as a hot alternate mode of transportation in many parts of the world like Indonesia, India, Cambodia and Thailand.

The trend of riding a bike for nearby work trips and other small trips around the city is getting prominence everywhere from small towns to metropolitan cities.

Now a question arises” What is an On-demand Bike/Scooter sharing system?”

A bicycle/bike or scooter-sharing system is a service that allows people to rent a bike from point A and return it at point B. This leaves each bike to serve several users per day.

Their primary concept is to provide free or affordable access to bicycles/bikes for short-distance trips in urban areas as an alternative to motorised public transport or private vehicles. Therefore, reducing congestion, noise, and air pollution.

The e-bikes are generally recharged on parking them at their station. Thus it reduced the hassle of carrying a supplementary charging system along.

Check out: A complete Guide for Developing a MoBike like Bike-Sharing App

HOW DO BIKE SHARING PLATFORMS WORK?

Location detection services, payment services, and QR codes all are amalgamated into a single platform to deliver users the power of their bikes.

Quite different from other transportation modes like Uber and Ola, bike-sharing services need you to go to the bike instead of the bike coming to you.

Let us discuss how this ride-sharing platform works?

1. Finding a bike nearby

Bike-sharing platform allows users to search the bikes located close to them so that they can eliminate the hassle of going to the station to rent one. If there is a case that no nearby bikes are available, the app directs the customer to the nearest parking station of the company, from where he/she can pick up the bike.

These days, QR codes are displayed on the bike for easy unlocking. There are also other ways to unlock the bike as well, which include the generation of the unlock codes when a peculiar bike number is entered. The purpose here is that opening a bike should be convenient and hassle-free for users, and QR codes are perhaps the most reliable way to go about it.

Multiple payment platforms should be integrated on the app so that the user can pay directly from the app. When a user completes a trip, he/she must get the precise fare breakdown on the screen, which helps users to estimate how much they owe and whether this is the correct amount or not. Integrating numerous payment methods into your apps, such as mobile banking, credit or debit cards, or mobile wallets, would be an invaluable user-friendly practice. If you’re looking for flourishing bike-sharing app development, make sure that streamlined and frictionless payment platforms are there.

Just like unlocking the bikes, locking the bikes too is a crucial aspect of bike-sharing app development. Once the customer completes the ride, the bike needs to be locked and parked in a reliable and legal place. Using the application, users can end their trip manually, make the payment, and then park the bike in a legal parking spot after properly locking it. Ideally, a bike-sharing platform should let its customers know their nearest parking spot where a user can leave the bike after the completion of the ride.

The bike-sharing system has developed and evolved with society changes and technology improvements. These systems can be grouped into five main categories.

Also known as bike rental, bike hire or zero generation. In this mode, a bicycle can be rented or hired from a location and returned to that location only. These bicycle renting systems are suitable for day-trippers or tourists. Locations or stations are not automatic but are regulated by employees or volunteers.

Seldom known as bike library systems, these bikes may be lent free of charge, for a refundable deposit, or for a small fee. A bike can be checked out to one person who will typically keep it for a few months and is obliged to lock it between uses. A disadvantage of this platform is a lower usage frequency, around three uses per day only on average as contrasted to 2 to 15 uses typically experienced with other bike-sharing schemes. One of the Advantages of long-term use includes rider familiarity with the bicycle, and constant, instant readiness.

White bicycles for free use in the Netherlands. These Bikes are also known as free bikes, unregulated or first generation. In this type, the bikes are released into a city or a given area to be used by anyone.

In some cases, such as on a university campus, the bicycles are only designated for use within certain boundaries. Users are required to leave the bike unlocked in a public area once they reach their destination.

These Bikes are also known as the second generation bikes. The bikes are designed for full utilitarian use with solid rubber tires and wheels and have a slot into which a coin needs to be pushed to unlock the bike from the station.

Also known as docking stations or membership bicycles or third-generation. They consist of bicycles/bikes that can be hired or rented from a computerized station or “docking stations” or “docks”. Furthermore, they can be returned at another station belongs to the same system. The docks are special bike racks that lock the bike, and only release it by computer control.

Individuals who are registered with the program identify themselves with their membership card at any of the hubs to check out a bike for a short period, usually three hours or less.

A dockless bike from Mobike, the world’s biggest operator, with an electronic lock. It is also known as Call a Bike, free-floating bike or fourth generation. Furthermore, the dockless bike hire system consists of a bike with a lock that is integrated onto the frame and does not require a docking station.

Because this system does not require docking stations and thus the network has expanded rapidly on a global scale.

Some Must-Have Features To be integrated on the Bike Sharing Application.

1. Find a bike Nearby

One of the fundamental features of the bike-sharing app is that it enables people to discover and look for nearby bikes available for rent.

With just a tap and scan, the user can lock and unlock the bike and explore the city or reach their destination quickly. Henceforth, as a new player, we need to make sure to make it easy for users to lock & unlock the bike with the intelligent bike-sharing app without any hassle.

One of the most valuable features in the on-demand app is allowing riders to check the details of the trip that they have travelled through the bike.

The users can have a detailed view of the trip in the map view. Consequently, for users, it is the most useful feature since they can identify and track the journey that they have travelled.

The most acclaimed feature which any bike-sharing service provider is allowing its user to book in advance. Using a bike-sharing app, users can book a bike in advance. So when they are going to the office, classes or college, they don’t get late to their destination.

How Much Does It Cost to Develop a Bike Sharing App?

Now, you might have one of the fundamental questions in your mind – how much does it cost to develop a Bike Sharing App. Let’s check out.

Depending on the features and customizations that you’d like to implement in your bike-sharing application, the cost of development will fluctuate.

A ballpark figure for developing a bike-sharing app would be somewhere around $20,000.

Bike-sharing is the dominant concept of the present and the future. With its unbeaten benefits, it sure looks like it is here to stay. This could be an opportunity to build a multi-million dollar project.

Now that you are acquainted well with a bike-sharing platform. You can get yourself a custom made bike-sharing app by hiring a reliable app development company.

How Can Idea Usher Help?

Idea Usher is a pioneering web- app development company where we build a robust, scalable, and innovative technology solution. Our comprehensive knowledge and tech acumen in android, as well as iOS, make us a suitable fit for your bike sharing app development. So, feel free to get in touch with us at [email protected] to get free quotes.