How to Build Wearable Mobile App 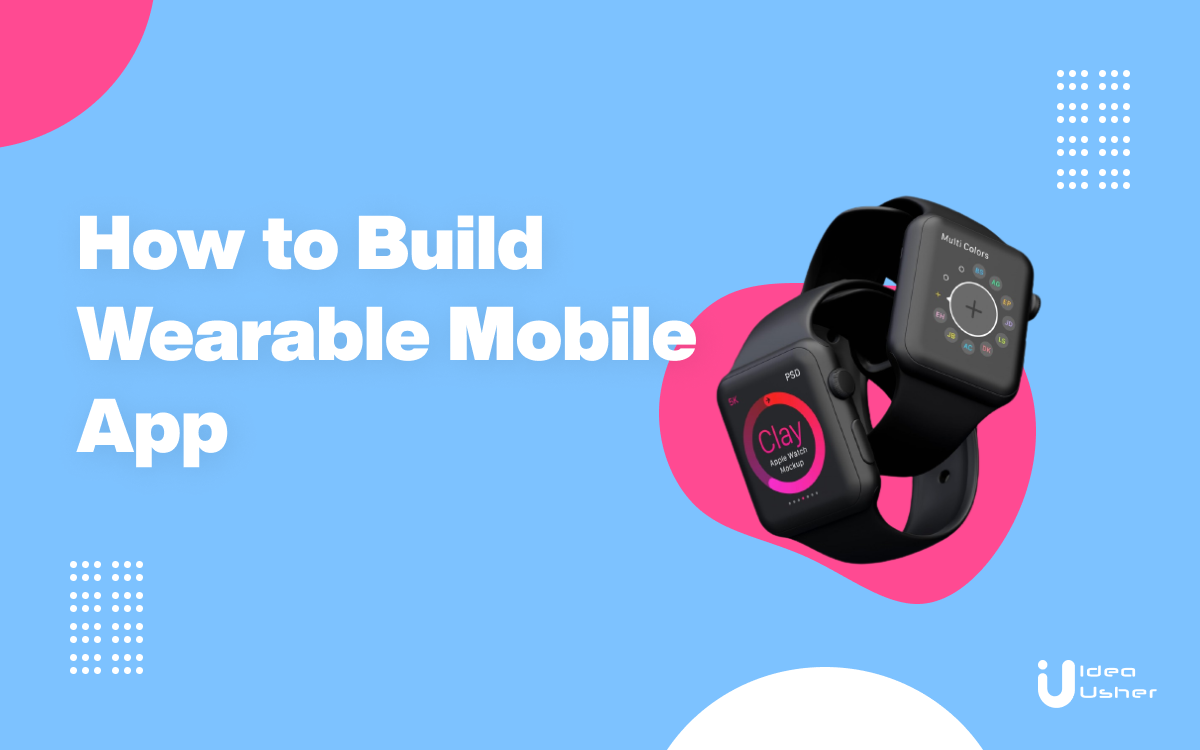 Smartwatch on the wrist, a gym guy tracking his calorie burn count through his Fit-bit and people craving to get rid of the wires; these things are getting common and this gives a spike to the apps in the category of wearable market so, today we will look out on how to build a wearable app for your business?

The market for apps in the category of wearables is still in its beginnings. As a result, there’s a good possibility that your application will be successful. This article will teach you all you need to know about creating a wearable app if you’re a business owner.

Also read, What are Wearable Apps?

What is Wearable Technology?

Electronic technology or sensors are placed into products that we can comfortably wear on the body are wearables. These wearable devices come into use to keep track of data in real-time. The technology that is used to govern these devices is known as wearable technology.

Apart from awesome smartphones, PCs, one can see the dominance of Apple in the wearable device market with the company’s smartwatches sales having crossed 100 million units this year. The Cupertino company leads with 55% of the market.

Here are some examples of key platforms that require new device app features every now and then. The reason behind it is their growing popularity and blooming sales.

Difference between Mobile Apps and Wearable

While apps in the category of wearables may appear to be comparable to smartphone apps, there are some differences to consider.

Wearable apps have restricted functionality compared to mobile apps since they require fewer user interactions and inputs and because many processes take place in the background. They are also not cross-platform because they use device-specific APIs.

Everything is simple if only you have the blueprint of it, this section will help you to get a good start for your wearable app development journey.

Come Up with An App Idea

Apple, Amazon, Microsoft and every big company in the world was an idea that was executed. If you have an Idea then you can proceed to the next step.

Market research will help you in knowing what people need that you can provide.

Also, shortlisting your competitors will give you extra success because you’ll always know what is new in the market and Is there anything that could out success your idea or on a positive note make it even better.

We are at a time where a type of company provides app development services. You have an idea, and you did the market research. You know your competitors too, and that’s enough to execute the idea. Having doubts and queries is normal, and finding an app development company is not hard, but finding a great one is. So, If you have an idea you can discuss it with us.

The app market of wearable app development is crowded and to stand apart from the crowd requires your business app to entail some great features a user will cherish for a long time.

There is hardly anyone who hates Siri, especially if you like to get things done quickly. Adapting Siri for your app can give it more chances for user interaction.

Apps that are designed to operate with an option of ‘location access’ can understand users better. This gives users more features and enhances their experience.

A fitness band is useless if sensors inside the device are not giving the user accurate data. To become profitable in this industry is to master the game of sensors. An app should be compatible with all the sensors in the device.

Audio and Video streaming upscales the user experience. The addition of audio and video streaming helps users in many scenarios like streaming music from Spotify and recording a voice message which is still one of the primary sources of information exchange.

Buying goods or services from the app is known as an app purchase. Including in-app purchases in your application will boost revenue and provide the user with more options.

5 Steps For Creating An App For Wearable Tech 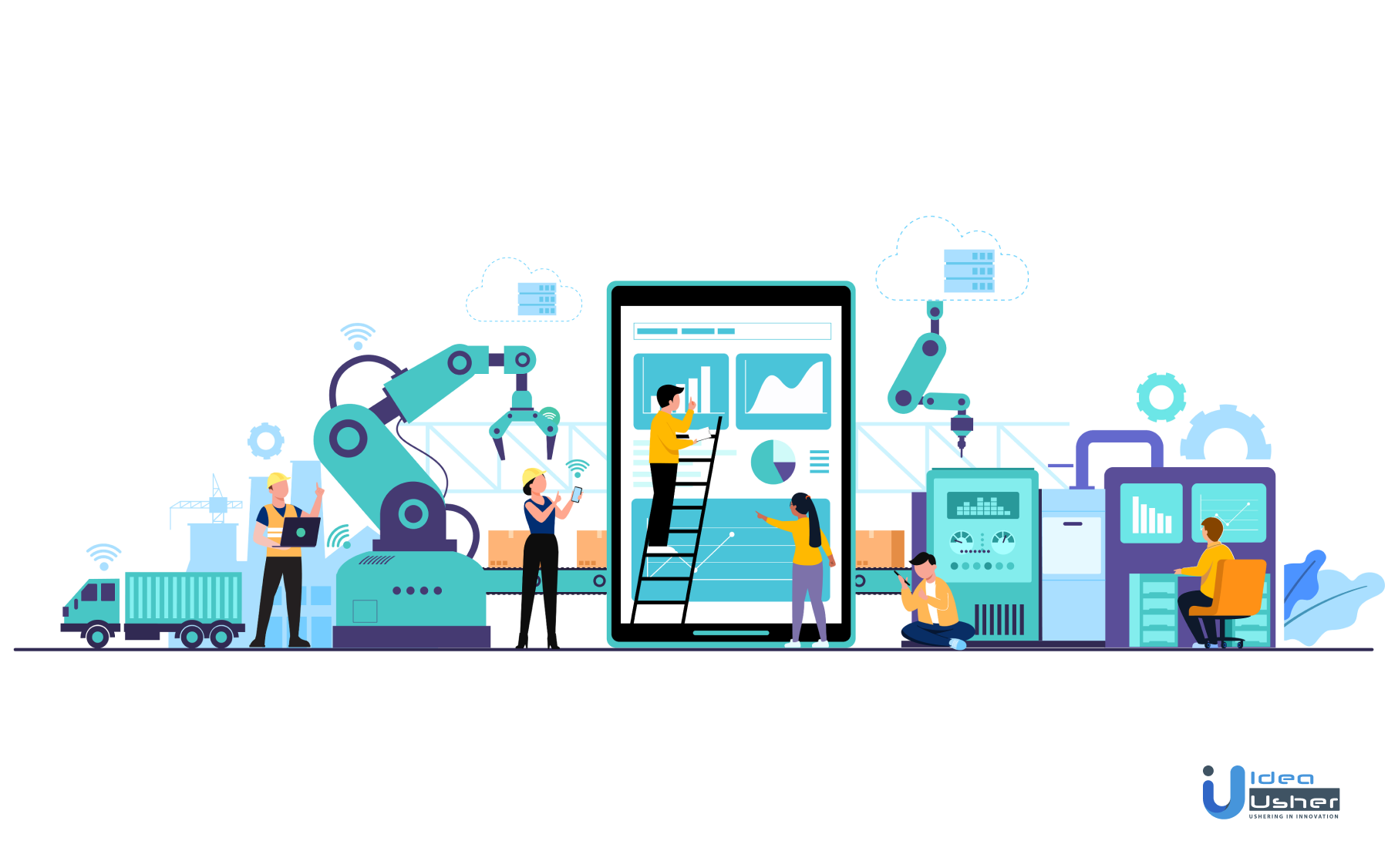 Following is the 5 Steps Guide that will help you understand what you need to do to ensure a great start.

It’s assumed that smart wear devices can’t send detailed notifications that users can see. As a result, programmes must create notification messages that are either single words or utilise many attributes of the device—for instance, various coloured illumination or a voice memo.

2. UI to Make A Difference

For hassle-free access, the tabs must be properly connected. Furthermore, the software must be lightweight, allowing it to load rapidly and respond to commands at a much faster rate.

Modules serve as a home for your app’s source code, resource files, and app-level settings like the module-level build file and Android manifest file. Since most apps in the category of wearables rely on the primary devices such as smartphones, the need for a smartphone module is a must.

The cloud will be the principal data centre, with data storage serving as both a repository and a transfer point for data from the primary device to the wearable device. Security is expected to be very significant in this regard, primarily because it is critical to ensure that all security standards are correctly implemented within the app to protect user data.

Wearable app development is profitable and there is no doubt not to you and your competitors which is why there is a good chance of increase in competition in the coming years.

Samsung have suggested their smartwatch users to uninstall any app that is more power consuming. To stay in the good books of the device company as well as the user one must have to resolve battery issues.

The size of the screen in wearable devices is small due to which less is visible compared to other devices like smartphones. This becomes a big challenge for designs to come up with a good user interface.

As a business app owner, protecting users’ data is crucial.

You should know that users have many options to choose from, and it will take less time for them to switch apps rather than writing a help mail.

A challenge for newbies in this category of apps is that they provide lots of functions but don’t back them up with proper maintenance and updates.

Functions that you decide to involve in your app require the latest features to perform well; users always ask for what’s new, and updates are crucial.

An app should work hassle free on both the devices that are primary and secondary. The ability of an app to work on two hardware platforms is known as multiplatform support.

Why Invest In Wearable App Development

The category of apps in wearables is witnessing a huge push towards innovation, The entrepreneurs are seeing it and new businesses are taking advantage of this.

This estimation is till 2027 which gives your business strong 5-6 years to take advantage of this wearable wave.

How Much Does It Cost To Develop A Wearable App

The development costs are different for different companies. The features you want in your app decides how much effort the developers and designers need to apply which ultimately determines the cost.

We at Idea Usher works finely on not only the app development but also the marketing part which gives perfect finish to our work.

Here are some interesting FAQs on how to build wearable apps

1.Does Idea Usher provide me with app development for wearables?

Yes, we at Idea Usher are not new to this and have experienced developers who can work on your app for IOS and Android both.

2.How can I discuss my idea with you?

We respect innovative and out of the box thinking. You can share your idea with us, and we can draft a plan for you about how our company can help you with your dreams.

3.Am I too late to step into the wearable tech market?

There can’t be a perfect time, and if there is, then it’s now because now you know that this technology is proven to give profits and is estimated to multiply.