NFTs for music: Do they have a bright future? 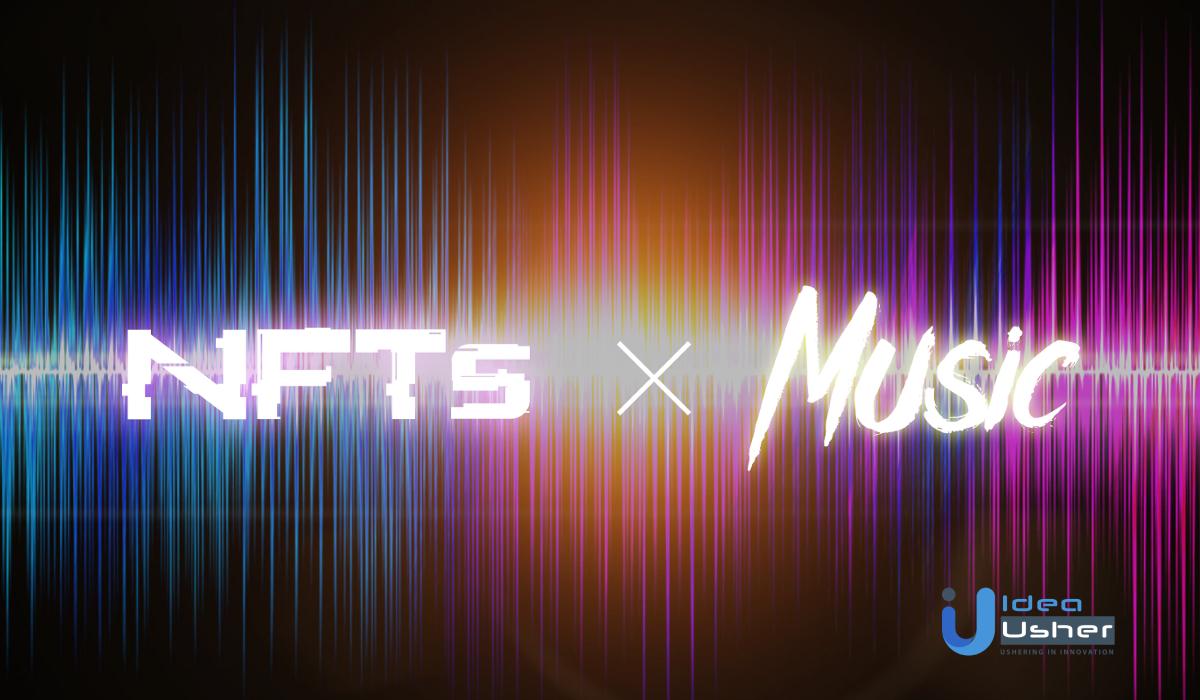 The rise of non-fungible tokens, or NFTs, is a developing trend in the music industry. We can claim that NFTs for music are the new buzz in the market. NFT transactions enable audiences to bid on one-of-a-kind content. You can choose from their favorite artists in auctions. These tokens and the transactions that entail them currently empower the artists who sell them. Because NFTs are brand breakthroughs, only time will tell if they are here to stay.

Is it a hype bubble about to burst, or can NFTs function for both musicians and fans securely and sustainably? Let’s take a closer look at what NFTs are and how they’re affecting the music industry.

The sync between Cryptocurrency and NFTs

Cryptocurrency technology, such as Bitcoin or Ethereum, is used in NFTs.

Cryptocurrency transactions are safe and quick. NFTs for music is appealing to artists and fans since there are no middlemen involved in the transaction.

Rather than swapping cryptocurrency, artists trade NFTs.For instance, concert tickets, limited-edition events, digital content, merchandise, and music. Fans bid on these tokens in auctions, and the highest bidders acquire the content in a secure transaction in their digital wallets.

Artists can raise money for the content they auction off and keep all proceeds as these exchanges do not involve a record corporation. Fans pay a fee in exchange for a one-of-a-kind piece of content, and the artist retains the money without having to split it with anyone.

Understanding cryptocurrencies and non-fungible tokens (NFTs) can be a pain. But we can’t overlook the amount of money made and spent in the crypto world. Artists have made millions of dollars by selling digital versions of their art, music, video clips, images. They can sell pretty much any other digital media they can think of on the blockchain.

Artists are looking for new ways to connect and produce for their audiences as the world becomes more digital. And NFTs provide them with a new outlet with various advantages.

Benefits of NFTs for music

The first advantage of NFTs is their ease and convenience. To receive the content, fans must first create a digital wallet and then join an auction for a chance to win. This makes creating successful content as simple as shopping online.

Usually, in the music industry, there are too many intermediaries.

When fans buy an album, listen to a song on Spotify, or buy goods, part of the money goes to the artist, but most goes to the record label or streaming provider. Even when purchasing concert tickets, the same intermediaries are present. Record labels take a cut of ticket sales, and while artists profit from them as well, COVID-19 will put an end to the live concert industry in 2020.

Content and experiences that are one of a kind

Artists have lots of freedom when it comes to what they wish to auction. NFTs for music might be both digital and tangible. Artists exchange albums, digital art, sound snippets, merchandising, concert tickets, and other non-fungible tokens. Fans are excited to have these once-in-a-lifetime opportunities and are willing to pay for them.

FYI, DJ and music producer 3LAU made $11.6 million in just 24 hours by selling music NFTs in February. Similarly, Grimes, a Canadian singer, made $5.8 million in less than 20 minutes just a few days later. DJ Steve Aoki made $4.2 million in the first week of March, while Post Malone auctioned off an NFT to compete in a beer bong battle.NFTs for music and other art forms have provided a new paradigm for artists to reach consumers. They did so by eliminating middlemen in distribution, which would ordinarily take years for them to collect.

After getting a $10,000 (£7,000) bid for one of his NFTs, Linkin Park co-founder Mike Shinoda expressed his gratitude in a series of tweets. He tweeted,

“Even if I upload the full version of the contained song to DSPs worldwide, I would never get even close to $10,000, after fees by DSPs, label, marketing”.

Every artist may not generate $5 million in 20 minutes. Still, the independent ones may develop innovative ways to use NFTs for music to interact more directly with fans and further their careers. A single super-fan can radically transform an artist’s status. Allow someone to purchase digital ownership of your next project or backstage experience if they believe it is worth 20 to 50 thousand dollars. Instead of selling it for a fraction of what the artist thinks it’s worth on YouTube or Spotify, they could make a substantial profit as people place a higher value on digital goods.

Are NFTs for music profitable?

As the NFT craze takes traction, we’ll see more inventive methods for artists to profit from them. According to Dallas artist Rakim-Al Jabbaar, NFTs for music will permanently transform the rap game. And he’s also working on a special NFT release for his future album.

NFTs will provide artists with a new platform to generate exclusive content for fans in a more artistic way. We'll see the value of music rise in the future, just like it has for Basquiat's paintings. — Rakim-Al Jabbar, a Dallas rapper Click To Tweet

Artists may be able to do business directly with music merchants and sell their NFTs as they did with self-produced CDs in the future. According to Keite Young of Medicine Man Revival, cryptocurrencies and the concept of blockchain technology used in the creative sphere are just getting started.

NFTs: Who buys them?

The best-connected crypto investors tend to dominate the buying of high-profile collections. This is just how the most prominent artists stand to benefit the most from NFTs.

Cooper Turley, a 25-year-old from Los Angeles who works at music streaming/sharing company Audius. And he is in charge of crypto strategy, invested in the NFTs from Grimes and Shinoda. Tim Kang, a 28-year-old software engineer who made his fortune in the cryptocurrency Ethereum, is his buddy. He’s spent $2 million (£1.4 million) on NFTs so far, including $333,333 (£235,000) on 3LAU’s multimillion-dollar sale.

Deadmau5’s first digital collectibles were delivered by Jimi Frew. He is the co-founder of Blockchain Music, who told Billboard: “Ninety per cent of them are crypto millionaires. This excludes fans who cannot buy these high-priced things.”

This has led to allegations of association, a term coined by authors Kean Burch and Fabien Muneisa. It describes how technology is turning the attention away from the value of the art itself. And in this case, music, and toward financial ownership.

So why go through the trouble of obtaining “certificates of ownership” when the music may be copied?

There are already mechanisms in place for fans to fund artists directly. Some bands, such as While She Sleeps, have adopted a more typical tiered subscription plan to improve the fan experience, similar to Radiohead’s choice in 2007 to make their In Rainbows album available to fans on a pay-what-you-want basis online.

Some music enthusiasts appear to be turning against the impact of NFTs.

After receiving negative feedback from fans, UK band Glass Animals announced that NFT collectibles would be phased out and replaced with a physical collectible baseball card.

If NFTs for music are used to benefit both artists and fans, they have the potential to become more widely recognized in the future. This could be a period of change, as we’ve seen in the music industry before. When MP3s initially became popular, some people declared that they would never buy or use them. The same is true with streaming, as seen by the current state of the streaming industry.

Want to get your NFT marketplace app built? Consult here.

Royalties are a hot topic right now, and how to pay them faster and more fairly is a hot one. The blockchain and cryptocurrency can fix this problem. NFTs may also play a role, but only on the surface, because, despite the uproar, they don’t do anything that can’t be done with existing systems. Regardless of this technology still being in its initial stage, it has excellent potential. All that remains is for it to be embraced and enhanced.

Artists can develop new possibilities and experiences with their followers, thanks to NFTs. Musicians are continuously coming up with new ways to entertain their audiences.

The NFT industry is at a fork in the road, and there are numerous paths it can take, particularly in terms of digitalization. Many artists aspire to be more monetarily and creatively represented for their work.

As the situation with NFTs evolves, it can transform the music industry, much like the internet did. Ergo, NFTs for music and other art forms are none less than a boon!